The big news from Labour this week was the publication of The Brown Report on Constitutional Reform, a report that has taken two years to draft. Whilst we welcome the report, as it confirms our findings and focus on the need for constitutional reform, it is utopian rather than utilitarian, politically biased rather than pragmatic, and very unlikely to take one Parliament to enact as Sir Keir promises.

In a Statement responding to the Report, Gina Miller spells out that the elephants in the room that the Brown Report fails to address are urgent reform of the House of Commons, and any House of Lords reforms will need cross-party consensus and be costed, or they will go the way of numerous reports on Lords reforms in the past – i.e., buried. You can read Gina’s full response to The Brown Report here which reiterates True & Fair’s practical and actionable proposals.

Covid-related corruption and scandals that have plagued this government deepened this week with news that Baroness Mone lobbied for a company, PPE Medpro, via the VIP lane system, which resulted in the company being awarded two contracts worth £200m. It emerged that she ‘bullied’ Ministers and appears to have personally pocketed £30m of taxpayer money.

But there are deeper questions that need answering and action taken. The system that allowed Ms Mone to become a Peer needs urgent reforms, as we suggest. Not only was she found guilty of making up qualifications and lying on her CV but she was also involved in selling dodgy weight loss pills after falsely claiming that the efficacy of the product had been proven in clinical trials. She also tried to hide company information for her supposed multimillion-pound business which turned out to have assets of just £23,000. This is just one example of why True & Fair believes in an Independent Body and recognition guidance for the Honour’s List should be independently agreed upon and codified, not be left largely to an outgoing PM.

In an unrelated Tory scandal, MP for Solihull Julian Knight has had the whip removed following a complaint made to the Metropolitan Police, making him the latest in a long string of investigations into current sitting MPs.

Another week, another scandal is ever more proof that True & Fair's core mission to clean up politics is evidently necessary and we have set out a clear series of policy positions to address these issues, from the implementation of a Truth Law to the setting up of an Economic Crime Unit and the banning of paid lobbying by sitting MPs.

The debate took place in front of an audience of 320 sixth-formers, and the questions ranged from the current economic and housing crisis, mental health, transport in York, and, perhaps unsurprisingly, Matt Hancock in the jungle!

Throughout the 45-minute session, the phrase ‘drowning in data, starved of insight,’ came to mind. While other candidates were keen to reel off well-worn statistics, Daniel, aware of his demographic, used a storytelling approach which really hit home with this particular crowd. 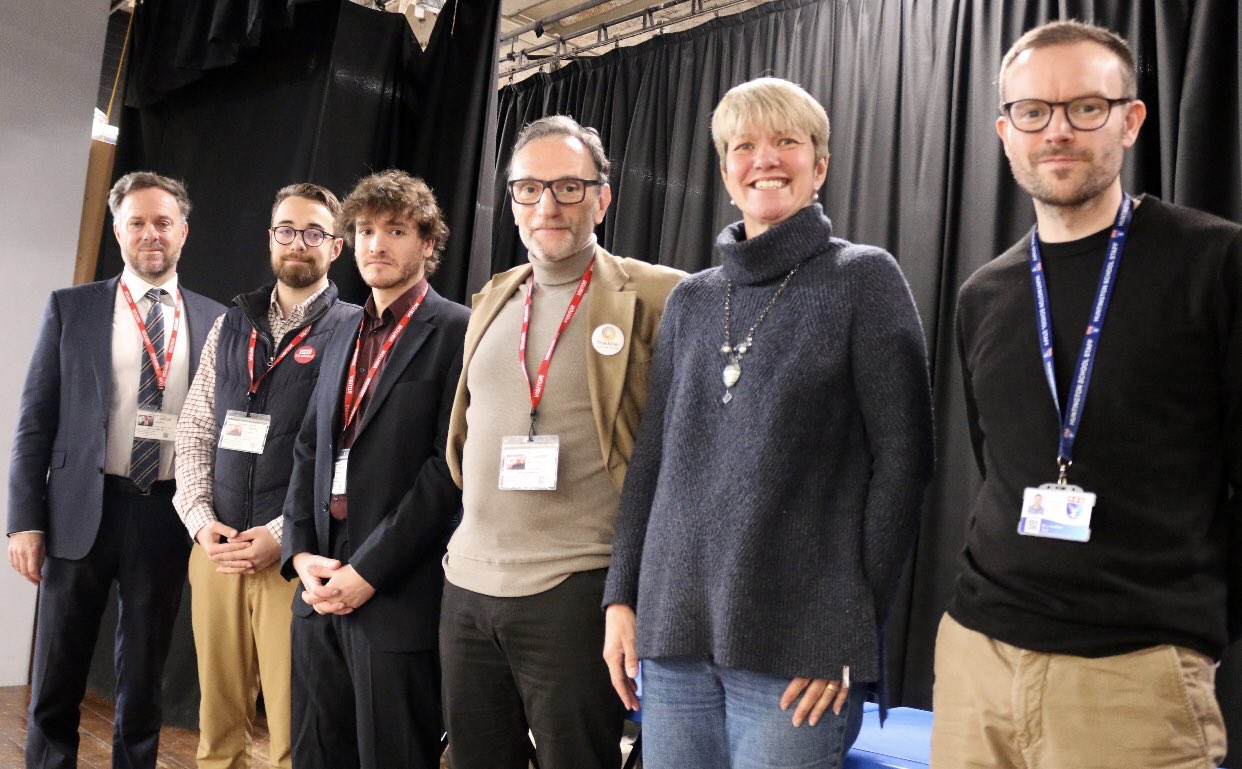 Daniel shone amongst a group of tired, uninspiring politicians trotting out the same old lines. If you or friends or family live in Daniel’s constituency, please do contact him to support and build True & Fair locally.

This week Gina published the first of a series of youth focussed articles entitled “A Manifesto for Young People” and in 2023 the Party will launch TFP Youth.  We look forward to working with education establishments, youth charities and our energetic youth volunteers who are passionate to use their voices in shaping their futures. If you know anyone who would like to get involved, please ask them to contact us at [email protected] – quoting ‘TFP Youth’. We are especially looking for youth volunteers in our candidate seats which are detailed on our website.

This article in Tuesday’s Guardian Dominic Raab may have the most terrible record in government, but at least it’s perfectly formatted exemplifies why we launched our Petition:

We believe the elephant in the room is that:  Dominic Raab should be suspended whilst the inquiry into his behaviour is conducted

True & Fair is taking a stand against the Deputy PM, Dominic Raab who is facing fresh bullying complaints from senior civil servants across the different government departments he headed up.

Our petition is calling for: 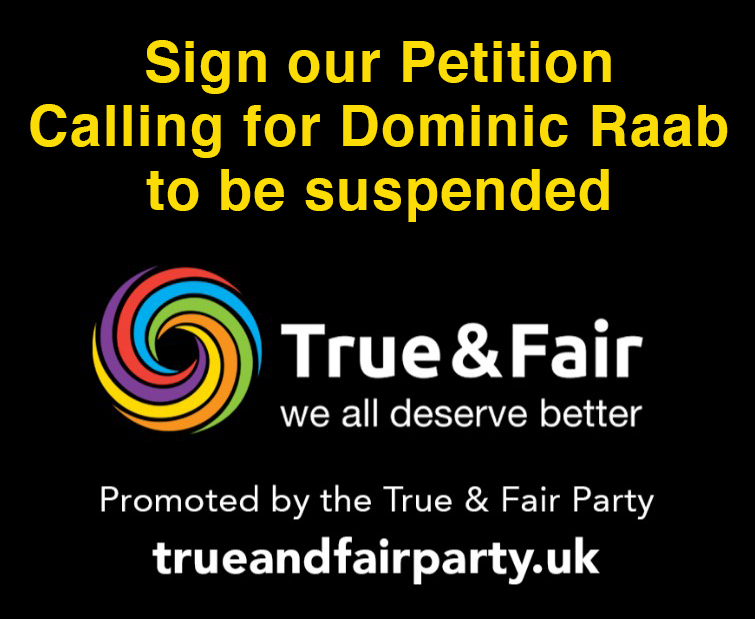