As the World Cup gets underway in Qatar, controversy around the tournament continues to gain pace. Rumours of FIFA corruption around the awarding of the initial bid notwithstanding, it has been very encouraging to see and hear so many players, commentators and officials taking a stand.

There are those who say that sports are no place for protest, but where better to come together and use a global platform to speak out against abuse, inhumanity and barbarism? With reports that poor conditions for migrant workers have led to an estimated 6,500 deaths amongst those brought in to build the stadia, Qatar's outdated LGBTQ+ laws, with people unable to 'love the person that they choose'. Female guardianship which means women live their whole lives like children, unable to make their own choices, is incompatible with a worldview that is progressive, compassionate and tolerant.


Whilst the English and Welsh captains' were pressured by FIFA not to wear the OneLove armband, (along with 5 other nations) the German Men's National Team made a statement on freedom of speech by covering their mouths before the start of their opening match, and the brave Iranian Team stood in silent protest refusing to sing their national anthem.

Players are also role models. They have social media followers in the millions and young fans who hang on to their every word and action. Whether they asked for it or not, they have a platform and a responsibility in how they use it.

True & Fair believes the UK should have spoken up sooner and should be using our soft power and defenders of human rights as a rallying call wherever we are, and being a leading example of how to conduct business, investments, sports and arts. For example, the UK should already be leading the questioning of venues for the next World Cup selection.

At home, True & Fair is taking a stand against the Deputy PM, Dominic Raab who is facing fresh bullying complaints from senior civil servants across the different government departments he headed up.

A number of Mr Raab's former Private Secretaries and other staff who worked closely with him are preparing to submit formal complaints about his behaviour. This is after Mr Raab requested an investigation into his own conduct towards staff for two earlier complaints, maintaining that he has always acted with 'integrity and professionalism'.

Allegations have also surfaced that Mr Raab used his personal email account for government business at two separate departments - once as recently as 2021 (Suella Braverman has resigned over similar behaviour).

Responding to the latest bullying allegations, Dave Penman of the FDA union which represents senior civil servants, said: "This is an extraordinary set of circumstances. We've never come across a situation where so many civil servants appear to be raising complaints about a minister's conduct.

So if they are serious allegations about his conduct, that the prime minister has seen, he has to make a decision - is it safe essentially for civil servants to continue to work with him? That's what any employer would do."

PM Sunak’s response has been to appoint Adam Tolley KC to investigate only the two formal complaints made about Mr Raab's conduct.

In light of the above, this Petition is calling for:

True & Fair have set out clear policies to reform the outdated and inadequate system that allows MPs to ignore the rules intended to govern them with impunity.

Please sign our petition and send a clear message that enough is enough.

As polls continue to show that fewer and fewer people support Brexit, business groups and unions are urging the government not to go ahead with plans to ditch a wide range of EU laws, due to the "confusion and disruption" it will cause.

In a joint letter, groups including the Institute of Directors and the Trades Union Congress called on ministers to withdraw its Retained EU Law bill, warning that the Bill would put vital protections at risk, although it passed its second reading last month.

Crucially, the bill contains a 'sunset clause' that means that, by the end of next year, some laws could simply expire automatically – without any consultation or debate which True & Fair believes is outrageous and undemocratic.

The letter, which was addressed to the new Business Secretary, Grant Shapps, said: "We are concerned that if passed into law, [the bill] could cause significant confusion and disruption for businesses, working people and those seeking to protect the environment. The bill would automatically sweep away thousands of pieces of legislation and established legal principles."

As Gina Miller asked Lord Lilley on Cross Questions, "which rights are there that Brexiteers are so eager to get rid of?"  Important workers’ rights, consumer protection and environmental rights derived from EU law? Laws on the labelling of meat and eggs, animal welfare laws, toy safety laws?

What is also alarming is that scrapping EU laws could put the UK "in breach" of the trade deal with the EU, which could in turn lead to additional tariffs that will negatively impact UK exporters. But as we know the Tories are happy to break international law ‘in specific and limited ways'!

Other signatories to the letter include the Chartered Institute of Personnel and Development (CIPD), the Employment Lawyers Association, Greener UK, Wildlife and Countryside Link and the Civil Society Alliance.

As Gina said on another LBC show, the pragmatic, sensible focus should be on the renegotiation clause/framework that already exists in the Brexit Deal, to save the UK.

This week, Gina Miller appeared as a guest of Iain Dale ‘CrossQuestions' discussing human rights in Qatar, and other issues. The whole interview can be watched back here. 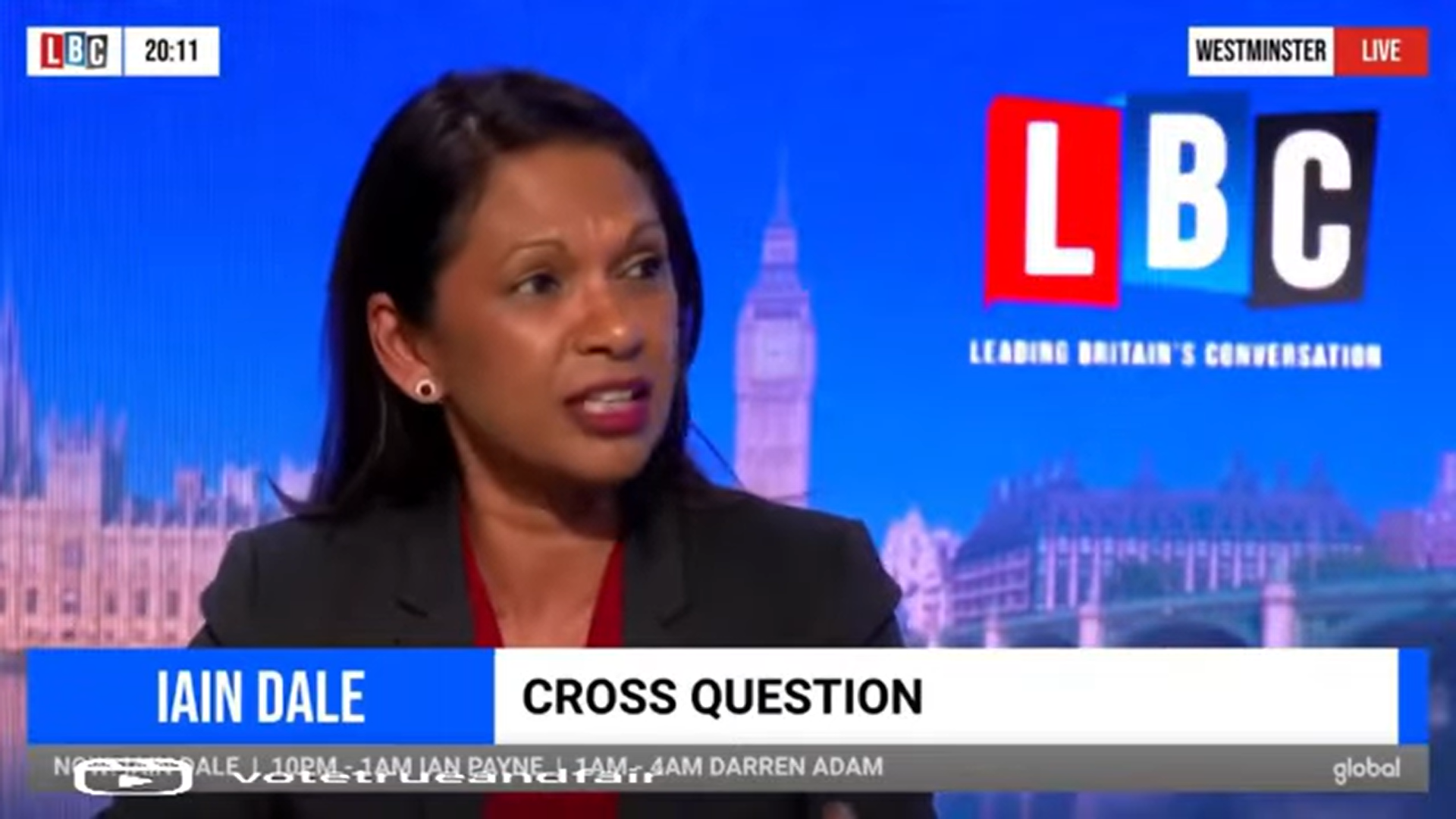 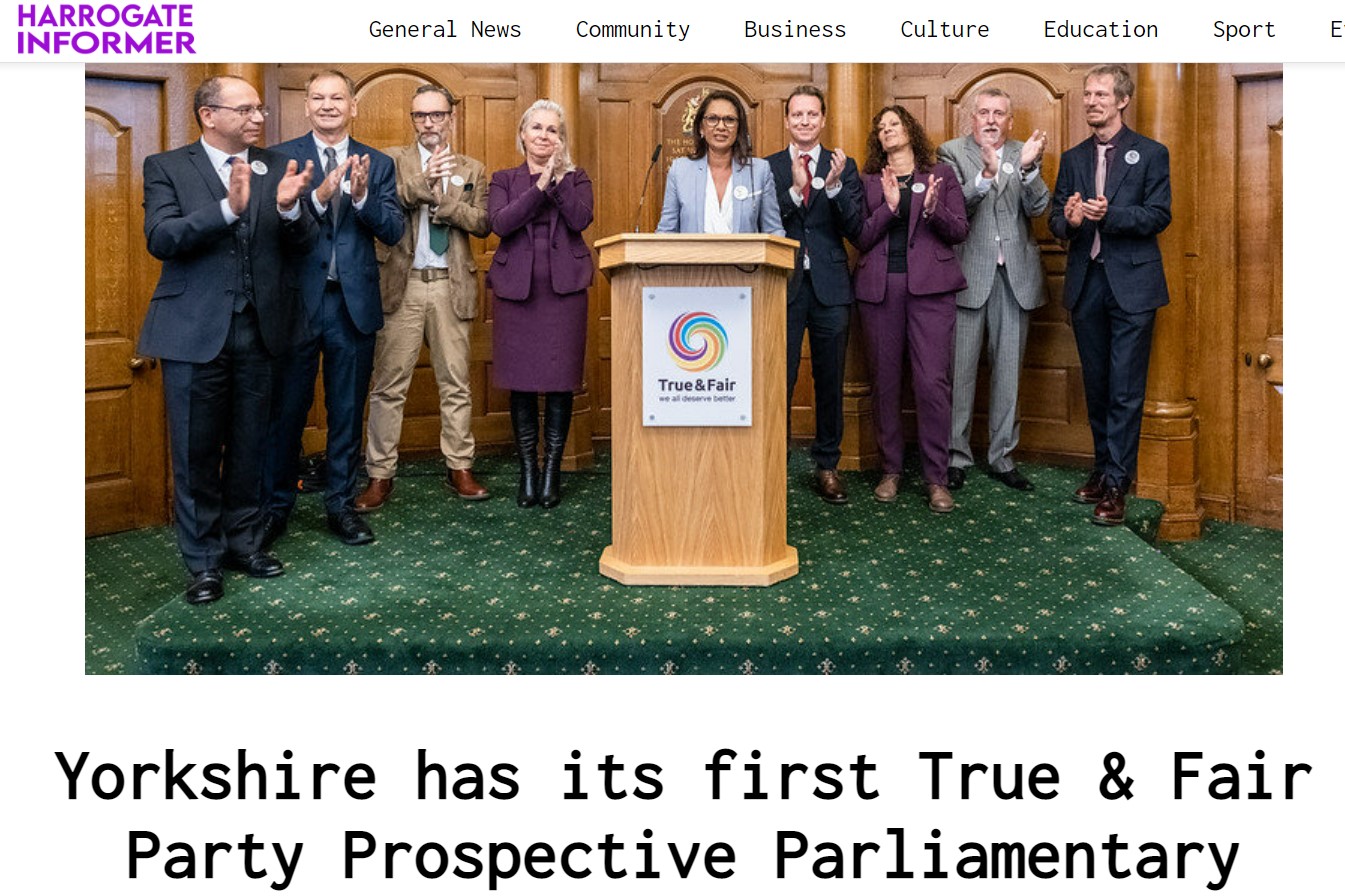 As the Tories continue to destroy our country and the future for our children and grandchildren, we all need to step up and prepare for the next General Election.

To do this, we need your help. We currently have candidates in Epsom & Ewell, Beckenham, York Outer, Witney, Monmouth, Tatton, Devizes, Mid-Bedfordshire and Derbyshire Dales. If you live in or near to any of these constituencies, please click on the links and contact your local candidate directly to support their local campaigns.