At the start of a new year, it is more than ever apparent we that are living in the wake of years of government failure. 2022 was marked by Partygate lies and cover-up, Johnson being kicked out by his own party members, and weeks wasted on a leadership contest, only to have Liz Truss kicked out after just 44 days. We have runaway inflation, high interest rates triggered by Kwarteng's ‘against-all-advice’ mini-budget, cripplingly high energy costs, strikes across many sectors, and the NHS on its knees. There is nothing positive to say for a year of government, but the incompetence and misuse of public money has cost us all.

But the problem is not just with the Conservatives. The running of parliament is based on outdated rules. The system does not stop the types of corruption and misuse of power that are commonplace in government today. The True & Fair Party is the only political party prepared to fix UK’s broken government, legislate for accountability, improve anti-corruption laws, and focus policy-making on fairness. 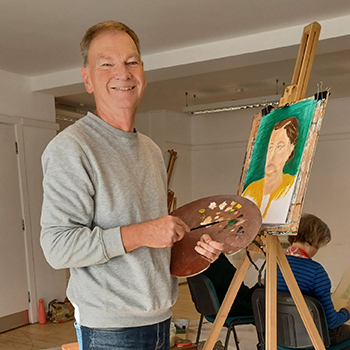 2023 will be an exciting year for True & Fair. The public is fully aware of the corruption and lies that have shaped the previous years. There is a desire for change in West Oxfordshire and widespread support for a party that will fight corruption and modernise democracy. True & Fair is a new dynamic party, with highly principled, passionate people focussed on fighting for a better future for our country. But we cannot do this alone, we need your help. To this end, I am building a team so that together we can bring about change. I am keen to work with you in whatever way you think you can contribute, large or small.

So please get in touch. Let’s talk about how we can work together to be a force for good.

The True & Fair Candidate for Witney